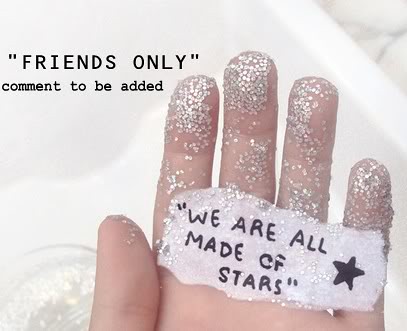 Just read the Julia Gillard is now the chair for Beyondblue.

Must be a twisted joke.

A customer just came into my work. He hasn't been in for a long time. He was telling me how he's been on a diet, the 5 day on, 2 days not eat so much diet (His words). He said he had lost a lot to begin with now it's stabilizing, then mentions...

"I haven't lost a lot of weight lately but I've been shitting something crazy!"

I am pleased to know the poop chute is in fine form mate.

Handsome gentleman that I live with.

Love of my life.

Bringer of the light.

Could we please have the cow that is listed in the free section of gumtree?

I have made friends with a plan tomorrow night to either attend our team meeting or blow that popsicle stand and go do something fun. We're playing it by ear to see how we feel right at the last minute.

I know right now we are probably not attending our team meeting. I have not spent any actual time with her in months, so I am super pumped!

If this is the only tip I get right each week, I'll be successful as fuck! 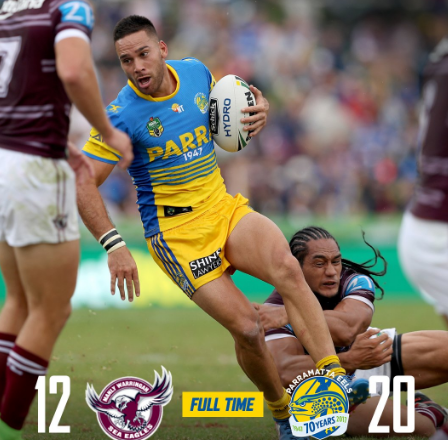 In the aftermath of the darkest day in Parramatta's 70-year history, EELS coach Brad Arthur marched his team to Westmead Children's Hospital.

Not much was said. His wasn't a public relations exercise. This was a coach's silent reminder to his players that there was more to life than football and 12 competition points.

"These were people with real problems," TIM MANNAH

"We just had our points taken off us and it felt like the world was coming down around us, but that was a quick reality check. It was just a game. We couldn't let something like points being taken off us ruin our lives because there were people out there who were going through some real struggles."

In my life there's a thing that is absolutely certain:

If I grow fond of any character in a show you can bet your arse they'll be dead either in the episode or within the next 2. Every damn time.

It seems this has trickled over into the NRL.

Every time I have picked so far has fucking lost!!!

Kenny Edwards is one of Parramatta's Locks & second-rowers. During the off season he was involved in a domestic related incident with his now ex girlfriend/wife and was charged with "common assault domestic violence". Without knowing any of the history prior to the event in question it was basically this: Him and his now ex had an argument he squirted a water bottle at her and later he poured a Vodka Cruiser on her. She called the police and later did not want to press charges, but in Australia the police can press charges in domestic incidence.

It's gone to court he plead guilty. No conviction recorded and he has a 6 month good behaviour bond with no ADVO (Apprehended Domestic Violence Order) in place.

The club released a statement. Before I post I'll mention that last year our club underwent massive investigations and the whole board of our club was sacked and an interim CEO was appointed. So that CEO is now making all decisions along with a makeshift board.

I'm quite happy with the punishment handed down. I feel like no matter how small the act is, that if a league is going to promote a stance against domestic violence and violence against women with rounds in their competition dedicated to such causes, they need to have a hardline stance in regards to punishing people who are involved in domestic related incidents. I don't discriminate when it comes to my club, I don't wear rose coloured glasses, if you do the crime you need to be punished for it.

I am proud of the statement put out by the club. I think it shows transparency, it shows an actual regard for the people not only directly playing the game but their families and the people they interact with. I think that it shows that they want to bridge that gap between the club and its fans. I feel it's refreshing to see an actual approach to the welfare of people after years of cover ups for the sake of "the game". I am happy that they have stepped away from the generic copy and paste piece of shit that has been used for so many years prior to now.